The following U.S. intelligence report on German tactics in North Africa originally appeared in Tactical and Technical Trends, No. 20, March 11, 1943.
Based on British sources, the report primarily describes German tactics during the offensive in May 1942. 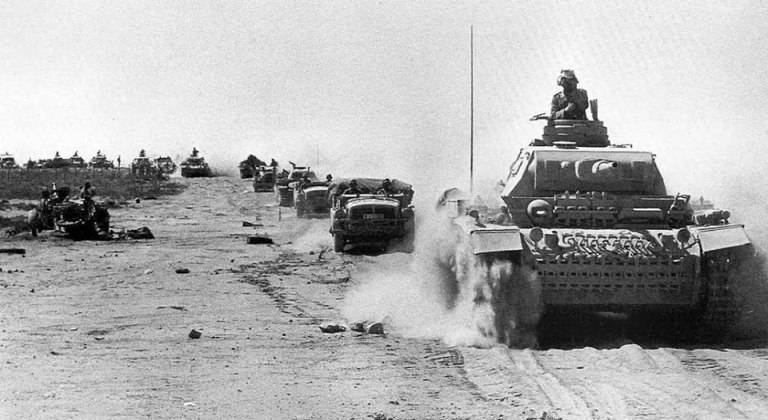 A knowledge of German tactics and methods may serve the dual purpose of turning the lessons to good account both against the Germans and against the Japanese. It is already apparent that the latter have studied and applied German methods of warfare.

In the German offensive operations in North Africa which began on May 26, 1942, the main feature of the German tactical methods, as reported from British sources, were:

(1) Employment of practically the whole of the German forces on the same axis of attack and on a comparatively narrow front, followed by the Italian armored and mobile forces. Italian infantry divisions supported by a small number of tanks were used for diversionary operations. The principle of concentration of force at the decisive point was, as usual, given primary importance, and must always be expected of German commanders.

(2) A night approach march followed by a very rapid advance and direct attack by tanks, after short reconnaissance and preparation against any opposition encountered on the axis of advance.

(3) Forward deployment and offensive employment of all guns of all types, including 88-mm guns, in support of tank attacks and against British counterattacks. Reliable observers report that practically every vehicle, even staff cars, in the enemy’s leading columns was towing a gun or a trailer. A senior British commander reports that the German column with which he spent 8 to 9 hours before escaping consisted of:

All vehicles towed guns or trailers. 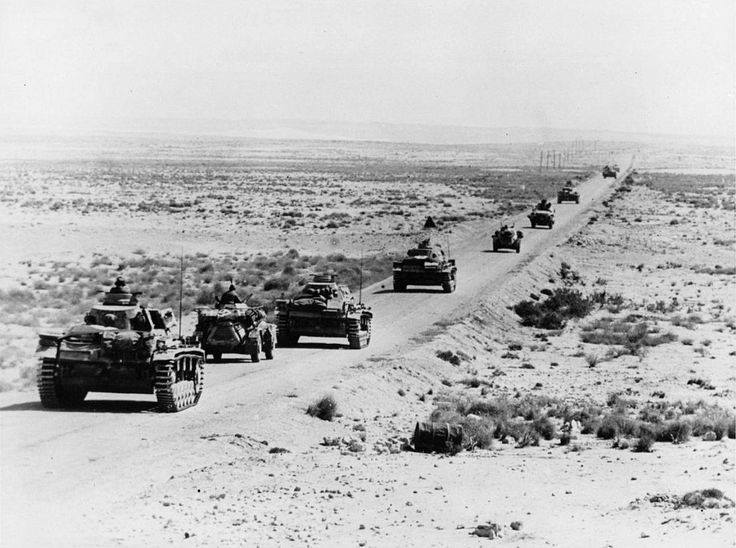 (4) The enemy was quick to cover his front with antitank guns when tanks were brought to a standstill or stopped to refuel, and to protect his flanks at all times with an antitank screen. A threat to the enemy’s flanks by British tanks was immediately met by the deployment of antitank artillery, while the enemy tanks continued their movement. It was useless to expect that British tanks would not encounter strong antitank defense in any offensive movement. The enemy appeared to have a rapid “follow the leader” deployment drill, and a system of visual control by means of colored disk signals.

(6) Enemy control was quick and personal. When an objective had been captured, the next move followed without delay, and it was usually action by the whole available force, not by reconnaissance elements or detachments only. This was evidenced in the advance east after the capture of Bir Hacheim, and again after the capture of Tobruk.

(8) Every effort was invariably made to draw the fire of the defense, especially the fire of antitank weapons, by the deployment and advance of some tanks. The tanks which had advanced were then withdrawn, and the enemy concentrated his artillery and mortars on all the defenders’ weapons that disclosed themselves. After a thorough preparation of this kind, the real tank attack was launched. 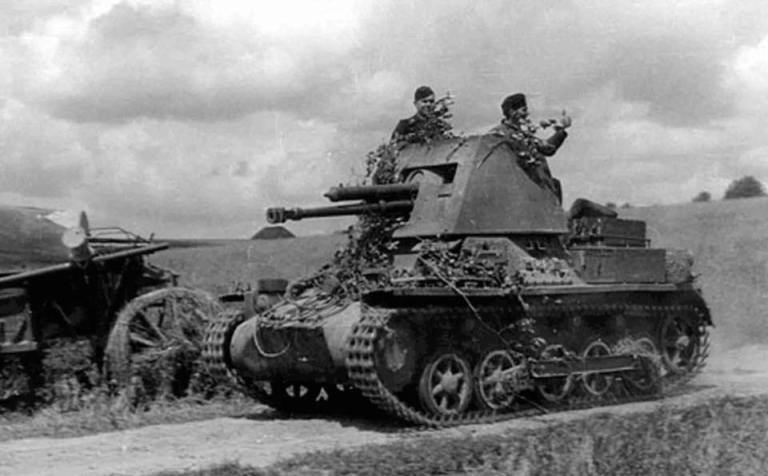 (9) A case has been reported of mine-lifting being carried out in the following way: detachments of tanks advanced to the edge of the minefield and engaged all of the defending weapons they could see. Engineers then debouched from the tanks and proceeded to clear mines on foot, covered by the fire of the tanks. Tanks that were hit were pulled out by other tanks and then replaced, or the whole detachment withdrew and renewed its activities at another point. (Offensive use of small arms is the obvious answer.)

(10) Officers who have been in enemy hands, and enemy prisoners, report that ground-strafing aircraft were always engaged with intensive fire from every available small-arms weapon, including rifles. No one who was armed “went to ground” on such occasions.